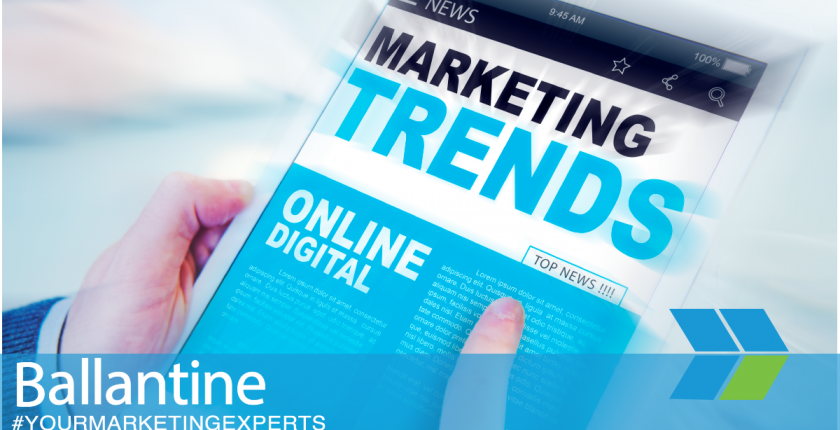 The world of digital marketing is changing. The ever-growing, ever-deepening and ever-valuable paradigm shift caused by smartphone access has forced providers to rewire their approaches. Is it a cause for concern? No.

That said, you’ll need to stay on you’re A-game. Already, digital marketers are falling off the industry’s speeding bandwagon. If you want to strategize your social media campaigns, host hot marketing summits, enhance your digital footprint and garner sales, you’ll need to know these five trends:

Trend One: Cloud Computing as an Online Marketing Tool So, what’s the deal? Digital marketers are benefiting from multi-device support. They don’t need to worry about hard drives anymore. Moreover, a cloud platform’s incredibly low cost makes it an advantageous tool when compared to competitive alternatives. Remote workers, too, are being utilized as part-time—even full time—marketers. If your organization doesn’t use remote workers yet, it’d better be prepared. In 2012, one in every 40 workers were remote-based. In 2017, experts believe the upward trend of telecommunication worker sourcing will continue growing.  In fact, a lot of companies are prioritizing remote workers to cut costs, increase diversity and bulk up their content marketing efforts. VR smartphone goggles, the Oculus Rift and PlayStation VR have created a digital world in which full immersion is possible. Virtual tech is expected to reach many American households before 2020. Now, digital markers are planning to combine augmented reality services with in-store benefits. Because smartphones already pack location-based services powered by beacon technology, it isn’t far-fetched to assume apps similar to Pokémon Go will have a heyday. The next step up from virtual reality, merged reality, is just around the corner. Merged reality bridges the gap between humans, making person-to-person communication seamless. Already, providers like iStrategyLabs have worked to merge virtual marketing campaigns with people. The Budweiser Red Light, IFTTT and Amazon’s Dash button are a few examples of merged reality peeking its head out.

We can expect merged reality to hit social media providers, like Facebook and Twitter, first. When this happens, digital marketing initiatives will need to step up their game. Generation Z consumers aren’t well-versed in the days of load times and buffering. They grew up surrounded by smartphone technology, mobile apps, social media and SMS. Starting in 2017, “instant” social media access will become the hot topic of discussion. In fact, experts believe at least three new social media platforms will grow this year—based solely on their ability to strike out load times completely.

Spontaneity, in most cases, will rule. The world of digital marketing is a fast-paced one, and marketers, management teams and entrepreneurs will need to be quick-witted to survive. Today’s standards are tomorrow’s alternatives.

To stay on top of your game, read up on the industry’s newest tech. Now, more than ever, marketing initiatives are intimately tied to the technology capable of hosting them. Check out how Ballantine can help fortify your company’s future for success.