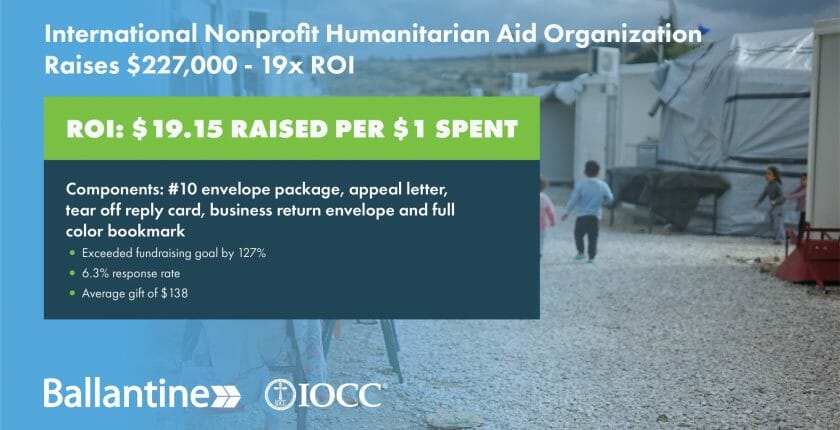 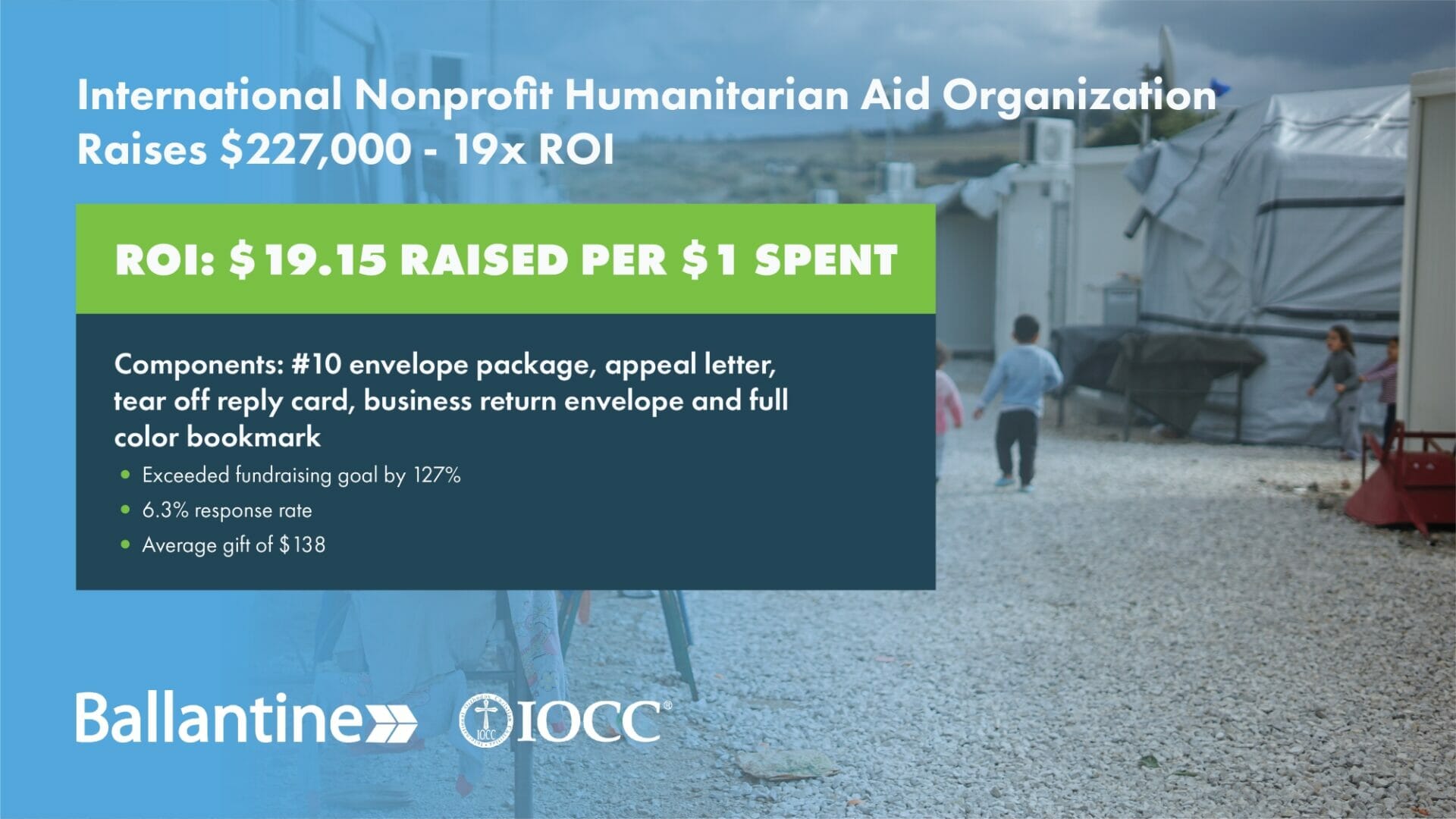 International Orthodox Christian Charities (IOCC) is an organization based in Baltimore, MD, that provides emergency relief and development to families and communities around the world. IOCC has been helping communities with health, water and sanitation projects, education funding, agriculture and food security, economic opportunity and emergency response since 1992, and they do so without discrimination.

IOCC is a four star rated charity, and 92 cents of every dollar donated goes directly to fund their programs, in over 50 countries around the world. IOCC is affiliated with and is the official humanitarian organization for the Assembly of Canonical Orthodox Bishops of the United States.

IOCC regularly fundraises for their programs, and is no stranger to using direct mail for their campaigns.  They’ve successfully been using this process for years, but are always striving to better present their message and encourage recipients to give. IOCC’s latest fundraising effort had a goal of not only raising funds for their programs, but also re-engaging lapsed donors; people who had not given in over three years.

Ballantine and IOCC have been working together since 2013 to produce highly effective direct mail packages, newsletters and booklets. For this particular campaign, Ballantine produced a #10 envelope package that included an appeal letter with tear off reply card, a business return envelope, and a high quality full color bookmark.

The mailing was sent to two groups of people:

The letter contained an emotional story focused on the tremendous needs of a child in a region of the country where IOCC has one or more programs.  In this case, the letter focused on a Syrian refugee, as many Americans are familiar with the Syrian refugee crisis. The letter also connected the recipient to the bookmark. The bookmark provided a tangible product that recipients were likely to use, and could act as a future touch point to remind them of IOCC’s mission.

This fundraiser was extremely successful for IOCC. A total of 27,000 pieces were mailed out to the two target segments. The goal for this particular fundraiser was $100,000, and actual funds raised exceeded $227,000. The campaign had an overall response rate of 6.26%, with an average gift of $138.06.  In addition, over $27,000 was specifically raised from lapsed donors; those who had not given in the last three or more years. The campaign had an ROI of $19.15 raised per dollar spent.

“Ballantine has always produced a very high quality cost effective mail package for IOCC. We have found them to be a great resource for all of our direct mail needs, no matter how small or large of a job we’ve had.  One thing that positions them above other mail firms is their ability to always hit our mail dates and respond to our ever changing needs.”

READY TO GET STARTED WITH BALLANTINE?
LET'S DO IT