The Power of the Popular Hashtag: Uses and Best Practices 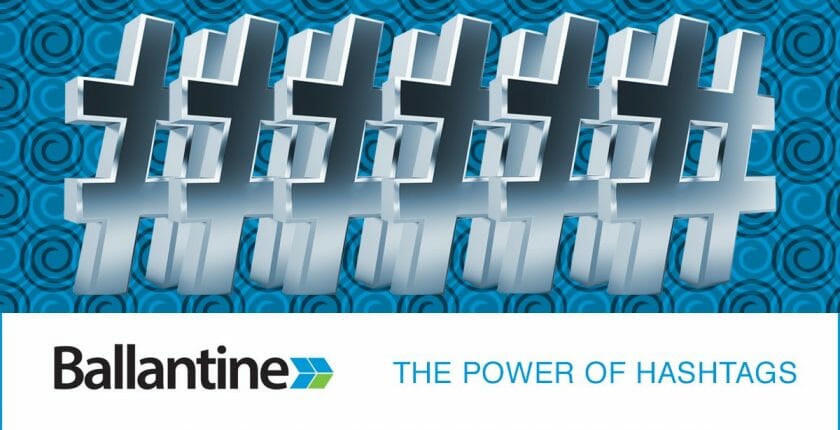 The hashed symbol of the hashtag confuses generations. For some, this symbol continues to represent “number” while it might mean “pound” for others. But, modern culture dictates yet another meaning and purpose for this tic-tac-toe board shape.

The hashtag gains popularity and power as users understand what it is and the benefits of its use. The reach of this small but mighty symbol extends globally across generations, countries and people groups. And, it is not trending out anytime soon.

What is a Hashtag?

The hashtag symbol provides more than a written understanding. Today, the symbol is employed as a metadata tag or label to categorize and find messages within a specific theme. Social media and microblogging sites make popular use of the hashtag. It is a way for users to identify and join conversations on particular topics across the web.

A user creates a hashtag by choosing a word or phrase without spaces such as jump or findingjoy. Typically, keywords or topics from the post are highlighted. The hash character placed directly in front of the word or phrase creates a hashtag i.e. #jump or #findingjoy. Placed in the body or at the end of the text (tagging) in a social media post, the hashtag enables searches. When #findingjoy is searched, all messages tagged as such will be presented.

The popular use of the hashtag drove its addition to the Oxford English Dictionary in 2014.

The primary use of hashtags is to increase the reach of a message, to get others to join a conversation. Boosting engagement through this symbol holds power. For instance, on Twitter, 40 percent of hashtagged tweets get retweeted compared to 25 percent without the hash symbol. And users see a 21 percent higher engagement when one to two hashtags find their way into a post.

While the promotion of a message is the common denominator, the hashtag boasts specific uses under this category such as:

A use that has become popular in recent years involves broadcasting. Broadcasting networks make use of the hashtag. An on-screen bug encourages viewers to participate in behind the scenes discussions via social media. These conversations occur before, during and after programming has aired. Television commercials employ hashtags in similar ways. Broadcast personalities use this format to receive mentions and replies to posts and to gauge viewer response during broadcasts.

Avoid Too Much of a Good Thing

As in all areas of life, too much of a good thing no longer breeds a good thing. The correct hashtag and number of hashtags make or break engagement and follower count. In general, no more than three hashtags per post proves a good rule to follow. Otherwise, annoyance drives followers elsewhere. Also, hashtag strategies vary by the social media network. One size does not fit all with this potentially powerful little symbol.

The most popular hashtags that work well contain few and memorable words. Lengthy hashtags confuse and do not drive search results your way.

Also, use easy to remember and simple to spell words that speak to your audience. Users trying to join the conversation will be lost with misspellings.

Finally, specific hashtags make posts easier to track. A generic term such as #running result in endless posts that are coincidental and not related to your campaign.

Currently popular hashtags extend across fields of interest. A few popular offerings include:

According to hashtagify.me, the following hashtags have been popular globally in May 2016 thus far:

The following hashtags are breaking out globally in May 2016:

Invented by Twitter, the hashtag continues to evolve. Once a primarily categorizing tool to start conversations, today humor, wordplay, and even poetry mark the hashtag over mere function. The words following the symbol may even indicate something about the creator. Furthermore, corporate America joins the followers of the hashtag reaping their benefits in marketing.

As cultural winds change, causes rise and marketers make greater use of hashtags, the content reflected in the tag will change. However, the increased appearances and consistency of the hashtag indicates that it is not relinquishing its power.

Thank you for reading our blog. To learn more about how we can help with your marketing needs, connect with us.